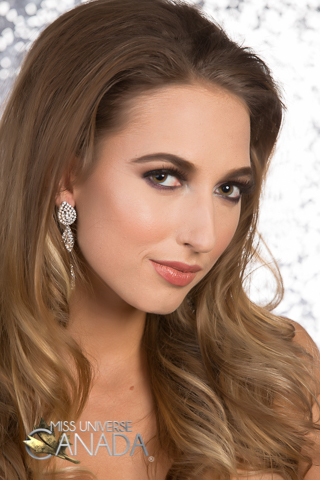 Jessica Bailey was born in Vancouver, B.C. but spent a large portion of her childhood traveling, with many years in New Zealand. Her roots have always been planted proudly in Canada, which she loves. Jessica returned to her homeland when she was 10 and immediately was drawn to athletics. Due to her stature, strength, and determination Jessica was a natural athlete. In every sport she was involved in she excelled; including dragon boating, basketball, soccer, track and field, Tae Kwon Do and primarily volleyball. Numerous awards later Jessica is now on scholarship for volleyball at Trinity Western University, a nationally ranked U sport team.

When she’s not on the court you may find her in the kitchen as she has studied culinary arts and has experience in the industry. You also may find her traveling on mission’s trips as she has been on 3 already to Vanuatu, Albania, and Guatemala. These trips included painting schools and churches, helping out in a hospital, handing out supplies, and teaching children English. Back at home Jessica has volunteered coaching at an after school program called mini diggers, where she is able to give back to the community that she came from.

Due to personal reasons Jessica developed depression and anxiety at the tender age of 10 but with the help of counselling and loved ones, she overcame these speedbumps at the age of 18. She has a heart for the hurting. This inspired her to combine her passions, for sports and her empathy for individuals with mental illness. This gave her a clear vision to strive for a double major in Human Kinetics and Psychology. Jessica hopes to become a Rehabilitation Specialist to help those who have experienced a traumatic accident, event, or injury. She wants to assist them with the mental and physical healing needed after such traumatic events, thus allowing them to conquer setbacks and persevere to achieve their goals. Jessica also hopes to create a nonprofit organization that will give back to society.

Jessica Bailey has a natural stage presence due to her experience in various award winning choirs and bands. She believes that she is a natural advocate. If blessed with the opportunity of wearing the Miss Universe Canada crown, she would use it to its fullest potential. Using the platform to shed light on important issues, such as mental illness and bullying, drawing from her own experiences. She’s thankful for those supporting her through this journey and hopes to make them proud.

I am currently a varsity volleyball player at a nationally top ranked university program: Trinity Western University. I have been playing for 10 years now.

I played all kinds of sports in high school including: Dragon Boating, Soccer, Basketball, Track & Field, and volleyball.

My Great-Aunt Doris Bailey, I call her Amma. She is in my opinion the definition of selfless. She spent her life as a missionary in the Indian slums taking care of Dalit orphans. She never married or had children of her own because she was so invested into these orphans lives. I hope my life will have an impact on others as she had on those kids and those who witnessed her work.

I’m proud to say I have overcome depression and anxiety. It was a long process but the effort payed off.

I was on the hero team, as a special abilities extra, in the upcoming film called “Live Like Line” Starring Helen Hunt.

I hope to become a rehabilitation specialist for individuals who have suffered from severe accidents or injuries. Helping them with the mental and physical trauma, leading them to a full and speedy recovery.

My dream job would be a food journalist. Being paid to travel the world and eat sounds very ideal.

I was born in Canada but when I was 2 my family began traveling. A majority of that time was spent in New Plymouth, New Zealand. I returned to Canada when I was ten, which resulted in a slight culture shock. I’m the youngest of four and have three step siblings, which makes for a big family. My father and mother are divorced and my father along with two of my siblings still live in New Zealand, but even though my family is spread wide across the world, we are all close in heart.

While working in a kitchen on Canada day, I had to shuck over 200 oysters in one day.

I’m able to fit my arms around my body without letting go.

While traveling through Vanuatu with my father and helping out in the hospitals. I was brought up to the rim of a volcano while it was exploding onto the other side.

I hope to have my own practice as a physiotherapist and to have a family.

← Prev Delegate All Delegates Next Delegate →